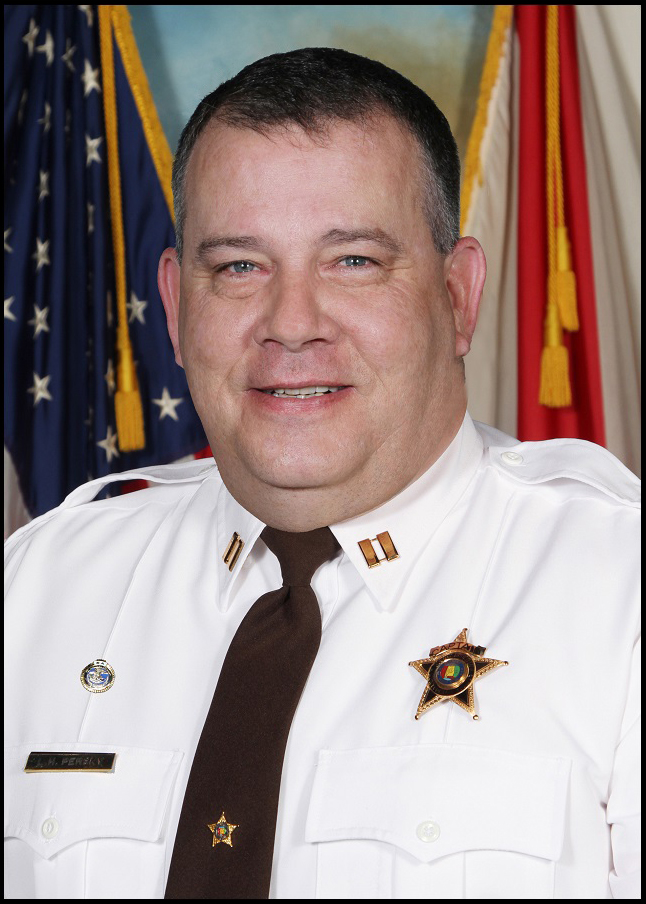 Captain Leigh Persky began his career with the Montgomery County Sheriff’s Office on October 20, 1986 and is currently assigned as the Training Division Commander.

Captain Persky was born in Connecticut but grew up in the suburbs of Detroit.  At the age of 19 he moved to Montgomery to attend school at Auburn University at Montgomery while his father was assigned to Maxwell Air Force Base.  While in college, Captain Persky applied for and accepted a position as a Communications Dispatcher with the Montgomery County Sheriff’s Office and served in that position until January, 1992 when he was sent to the Montgomery Police Academy for training as a law enforcement officer.  Upon his graduation from the Montgomery Police Academy, Captain Persky was assigned to the Patrol Division where he served for four years as a Deputy Sheriff.  He was promoted to the rank of Sergeant in 1996 and then Lieutenant in 2001 serving the vast majority of his time in both ranks in Patrol.  In January, 2009, Lieutenant Persky was assigned to the Legal Services Division, working with legal process, warrants, fugitives, and Court Security.  In that capacity he supervised approximately 40 Deputy Sheriffs and 20 civilian personnel for approximately 6 months when he was transferred by the Sheriff to Internal Affairs.  On September 23, 2019, Captain Persky was promoted to his current rank and placed in charge of the Training Division which encompasses firearms and other law enforcement training, School Resource Officers, Internal Affairs, Sex Offender Compliance, Recruiting, the Deputy Sheriff Cadet program, and the Explorer program.

Free viewers are required for some of the attached documents.
They can be downloaded by clicking on the icons below.