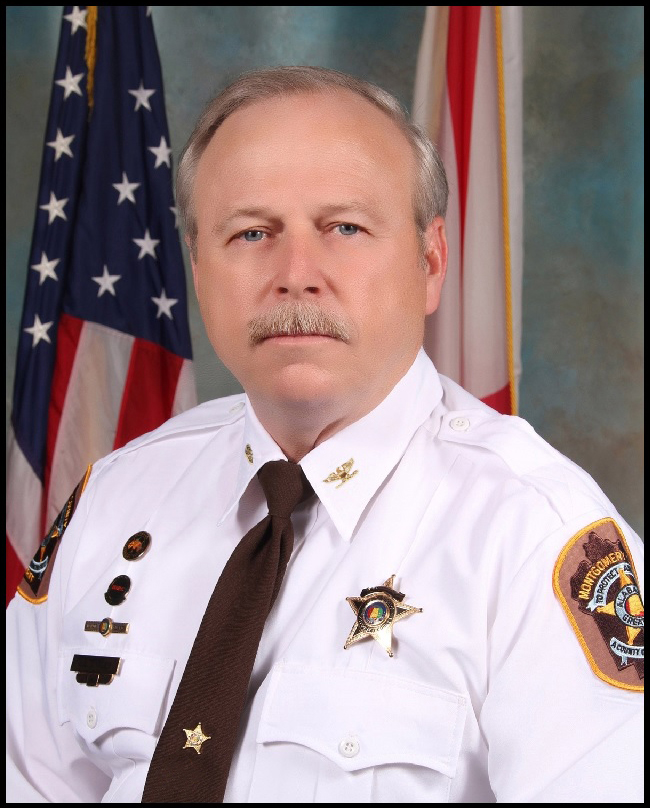 Chief Jon Briggs began his career with the Montgomery County Sheriff's Office in August, 1995 as a Deputy Sheriff and is currently assigned as the Assistant Chief Deputy.

A native of Belmont, North Carolina, Chief Briggs enlisted into the U.S. Air Force in May 1974 and began a career that culminated in his retirement after completing 21 years of active duty service in 1995. Upon retirement from the Air Force, Chief Briggs accepted a position with the Jefferson County Sheriff's Office in Birmingham, Alabama as a Patrol Deputy and continued service there until his appointment with the Montgomery County Sheriff's Office. Chief Briggs started his career with Montgomery County in the Patrol Division as a Deputy providing Criminal Patrol throughout Montgomery County. During his assignment in the Patrol Division, Chief Briggs was tasked to serve as a DARE Instructor, Explorer Advisor, and Honor Guard Team Leader for the Sheriff's Office. Later, Chief Briggs was selected and accepted an assignment to the Legal Services Division executing Arrest Warrants until his promotion to Sergeant in January 1998. As a Sergeant, Chief Briggs returned to the Criminal Patrol Division as a Shift Supervisor and was responsible for the day to day operations of the 2nd Shift Criminal Patrol detail. In December, 1999, Chief Briggs was assigned to the Administration Division as a Supervisor for the Communications Center and Logistical Support Unit. His duties there included supervising the E-911 Emergency Communications Center, Radio maintenance, Computer Maintenance and support, Fleet maintenance, Grants Manager and Community Relations Supervisor. In August, 2010 he was promoted in place to the rank of Lieutenant where he continued until his promotion to Captain in November, 2012. Upon his promotion to Captain, he assumed command of the Patrol Division and was responsible for all Criminal Patrol Operations throughout Montgomery County. The County is divided into 6 patrol districts that are patrolled by 60 Deputy Sheriffs and 6 K-9 Officers assigned that are assigned to his division. In June of 2015, Chief Briggs was promoted to the rank of Major and assumed command of the Administrative Division. Chief Jon Briggs was promoted to Assistant Chief Deputy November 20, 2017.